On March 1, 2016,  The Centre for Rural Development in Central Vietnam (CRD), The People’s Committee (PC) of Nam Dong District and the Oriental Agriculture Joint Stock Company had a meeting to consider the feasibility of expanding material areas for Gac in Nam Dong. 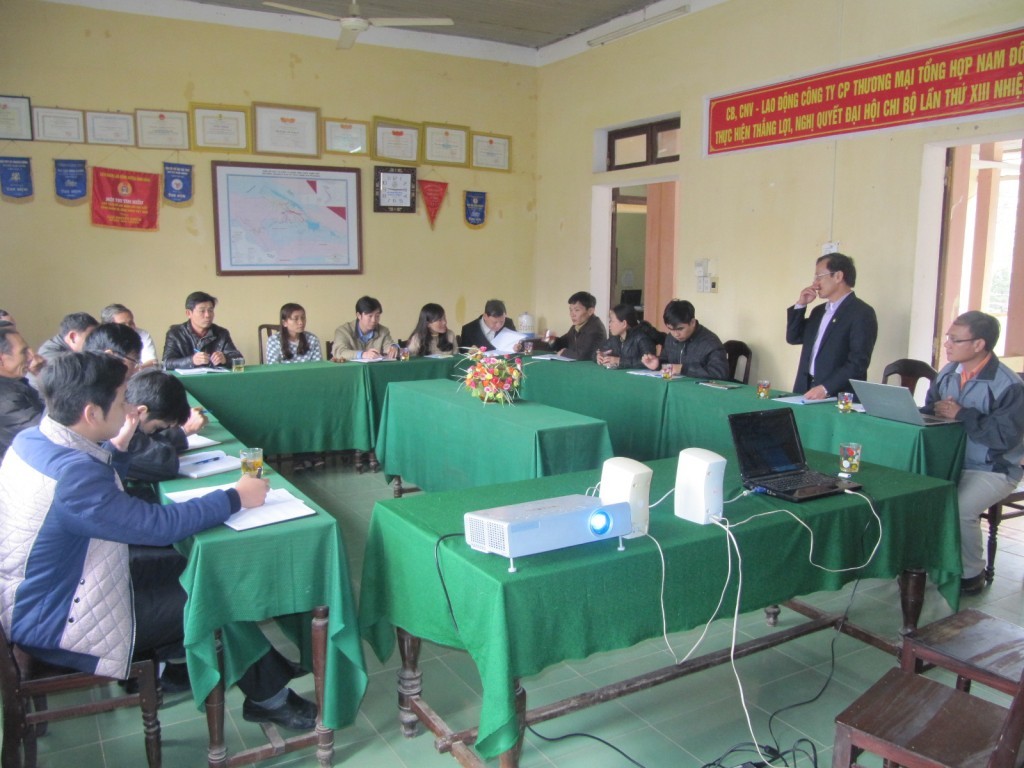 Picture 1: Overview of the meeting on expanding material areas for Gac in Nam Dong

The meeting was held at Division of Agriculture and Rural Development of Nam Dong District within the framework of the project“Enhancing the effectiveness of the National New Rural Development Program in Thua Thien Hue province”” financed by Irish Aid and implemented by CRD. 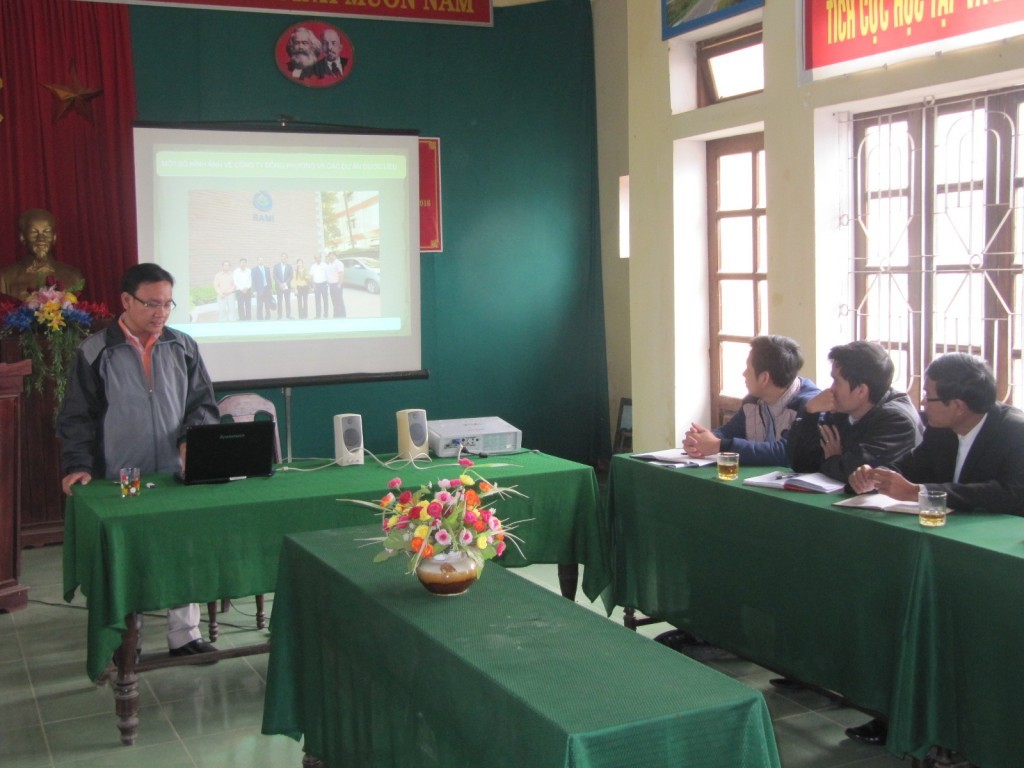 At the meeting, Mr. Tran Van An, representative of Oriental Agriculture JS Company gave a brief introduction about the potentials for domestic and international markets as well as the policy on development of Gac material areas of the company. Mr. An also committed to purchase fresh and dried Gac if the farmers ensure the application of the standard production technology process introduced by the company and with the annual proposed price basing on market price. 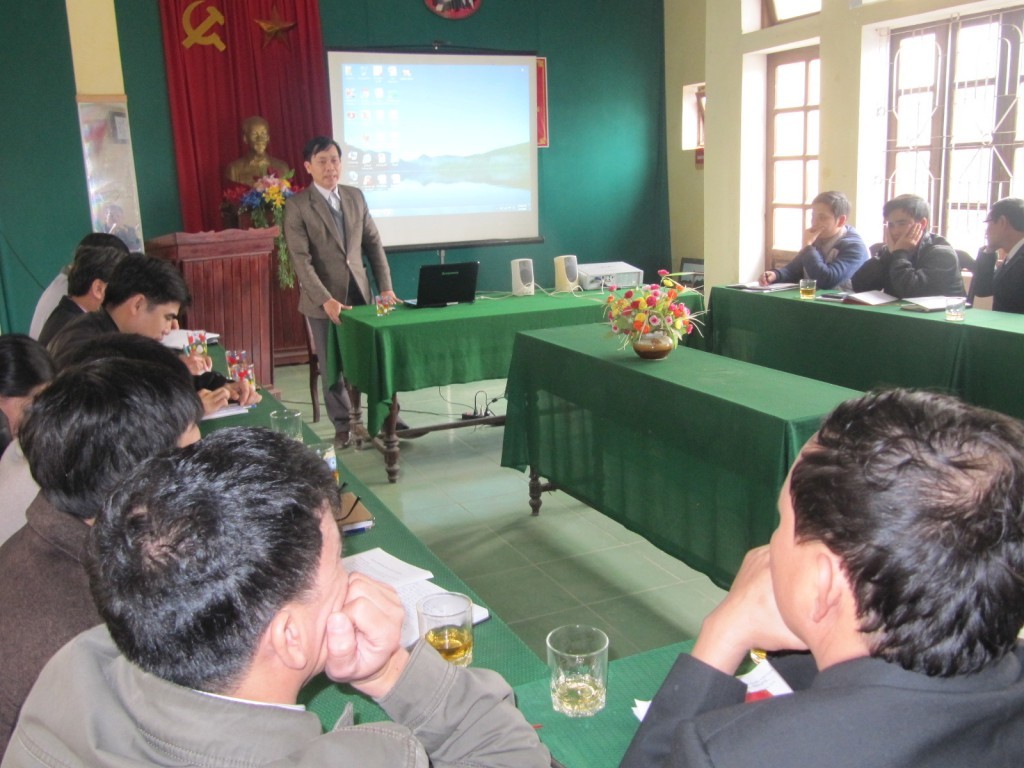 Mr. Pham Tan Son, Head of Division of Agriculture and Rural Development presented about the Gac production, the terrain, soil and weather conditions in Nam Dong District and affirmed that it is favorable for Gac production in Nam Dong District, especially in 03 communes of huong Phu, Huong Loc and Huong Hoa. Mr. Trâan Quoc Phung, Deputy Head of the PC of Nam Dong confirmed that the District would adopt appropriate policies to support the farmers in Gac planting. In addition, the parties discussed specific issues in order to better understand one another.

The representative of Oriental Agriculture JS Company also had a field trip to Huong Loc and Huong Phu Communes to survey the actual local production.  After the survey, he decided to develop up to 100 ha of Gac material areas in Nam Dong.  Initially, the company will pilot 03 models of Gac planting with a scale of 1,000 m2/model in 03 communes with the most favorable weather conditions.  The company will invite CRD to provide technical consultancy in the establishment of the 03 pilot models. Accordingly, CRD will work together with Division of Agriculture and Rural Development and the locals to implement this. 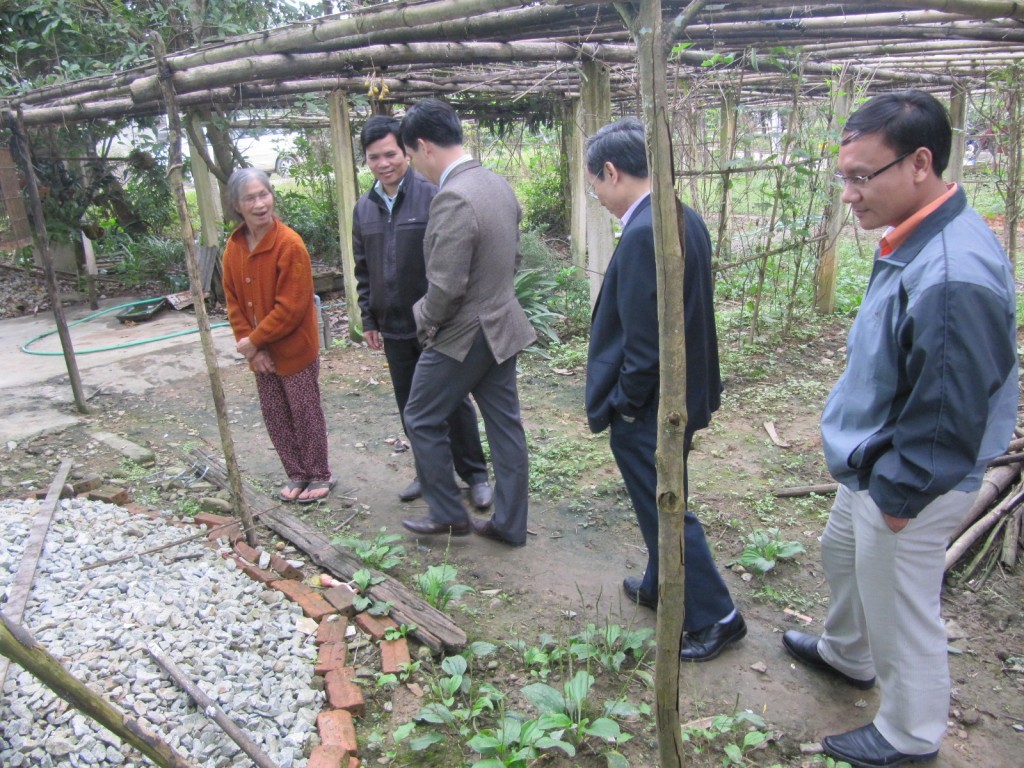 Previously, on February 29, the company had had a meeting with CRD to discuss the roles of the 02 parties in the development of Gac material areas as well as the risks and challenges relating to long-term commitments between the farmers and the company in order to figure out appropriate solutions. 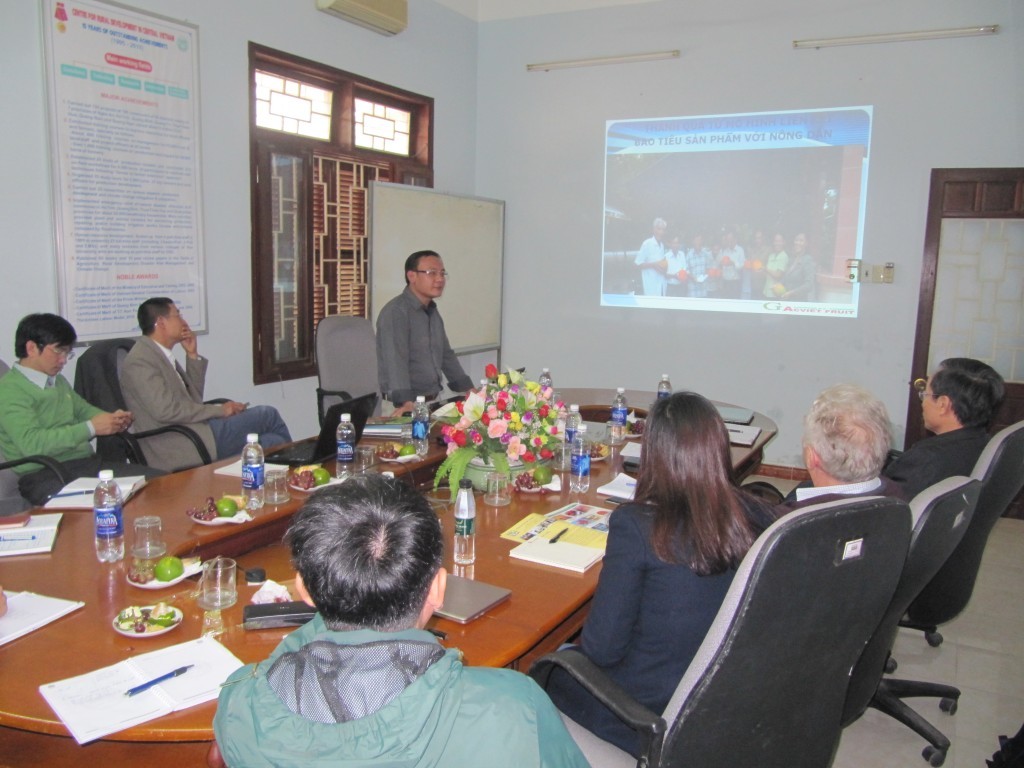 The Oriental Agriculture JS Company is known for its prestigious products from gac such as gac oil, gac powder, gac powder capsules, frozen gac puree, dried gac fruit of pulp, etc. with 20% of the production for domestic consumption and 80% for export to such countries as India, Japan, Taiwan, Thailand, and Korea. Helping the farmers connect with the market opens a prospect for Gac development in Nam Dong in which not only the areas and productivity are increased but stable production output and the local income is also guaranteed.