In the morning of May 12th, World Vision Vietnam (WVV) and the Center for Agricultural Technology of Nam Giang district, Quang Nam province hold a meeting to introduce and discuss the implementation plan of the project “Associated agriculture for long-term income stabilization of ethnic minorities”. The Center for Rural Development in Central Vietnam (CRD), Hue University of Agriculture and Forestry participated in the meeting. 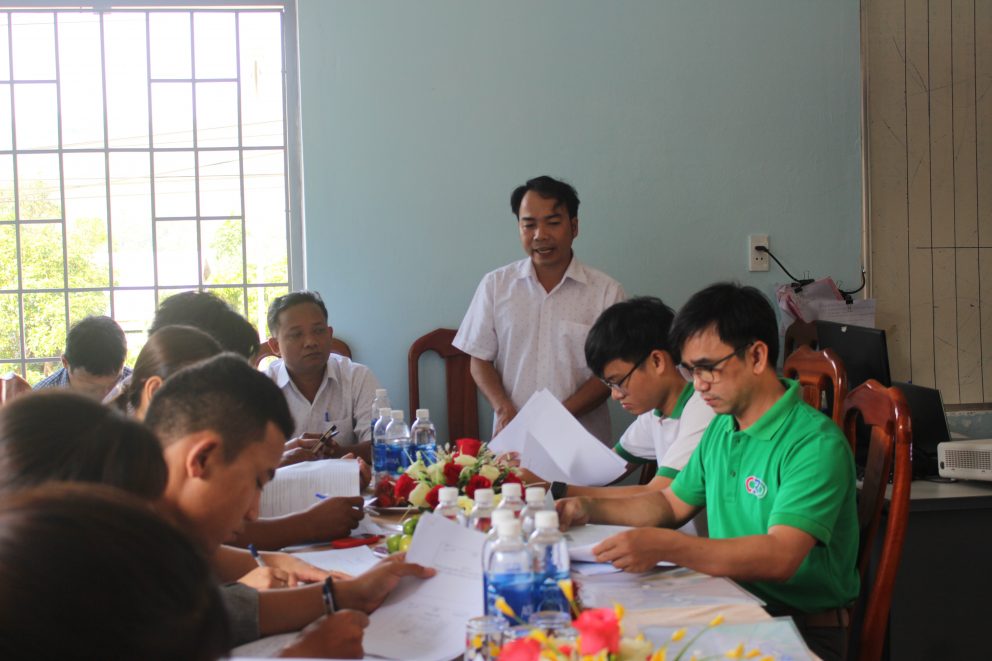 Photo 1: Overview of the meeting

The meeting was conducted to introduce the project and discuss some tasks for the implementation of the project in the upcoming time, with the participation of representatives from beneficiary communes and town such as Cà Dy, Tà Pơơ, Chà Vàl, Tà Bhing and Thạnh Mỹ.

In the meeting, the CRD presented brief information about the project. Representatives from WVV and the Center for Agricultural Technology of Nam Giang district, Quang Nam province also discussed building cooperation between partners and stakeholders at communal and district level in the implementation of the project.

Many questions from the representatives about appropriate methods in selecting beneficiary households and building suitable models for the locality was addressed and discussed in the meeting. Discussions and opinions showed the great excitement and expectation of the locality in the project. Mr. Tôn Thất Nhật, the Deputy Director of the Center for Agricultural Technology of Nam Giang district shared: “The project is feasible, appropriate and very necessary for the people of Nam Giang. For example, in Tà Bhing commune, many good pork products have been traditionally processed, but they are not branded. In addition, the establishment of cooperatives is a trend that is consistent with the current agricultural economic activities and in line with the program of one commune one product (OCOP) of the Central Steering Committee. At the beginning of the project, the Center shall give our full support. We will send technical staff who works with project staff to support the commune and join hands to successfully implement the project.

Representatives of WVV and CRD gave answers and notes for the questions. Stakeholders agreed to plan key contents of the project to be implemented in May and June 2020. Mr Ka Phu Kiên, Vice Chairman of the People’s Committee of Cà Dy Commune said: “Right after this meeting, I will report to the commune leaders to immediately implement a meeting so that local people can grasp the information and prepare for the project implementation” 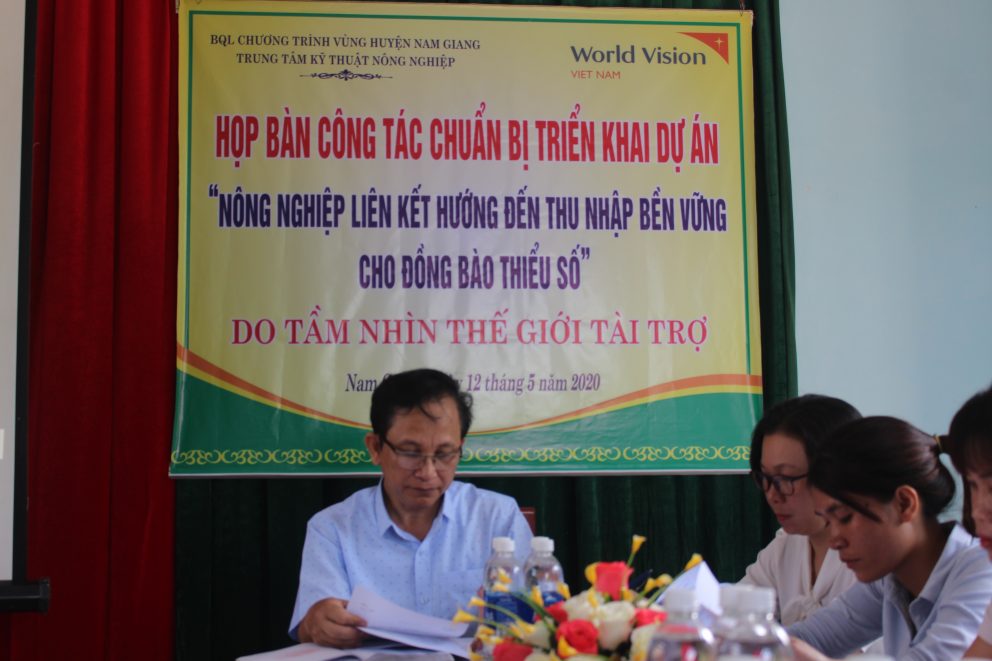 The project is jointly implemented by the Center for Rural Development in Central Vietnam and the World Vision Vietnam with the financial support of The German Federal Ministry for Economic Cooperation and Development and the World Vision Germany. The project is implemented in three year period (from November 2019 to September 2022) with the target “Improving livelihoods through developing black pig value chains and increasing the participation of ethnic minority communities in the project area”. The project is expected to have 600 poor and near-poor households in four communes and one town of Nam Giang district improved livelihoods and better incomes through the adoption of advanced breeding techniques./.