20 years of establishment and development: Glorious and heart-warming

On January 23 2016, the Centre for Rural Development in Central Vietnam (CRD), Hue University of Agriculture and Forestry (HUAF), solemnly celebrated the 20th Anniversary of the Establishment of the Centre (1995-2015) at 102 Phung Hung Street, Hue City. 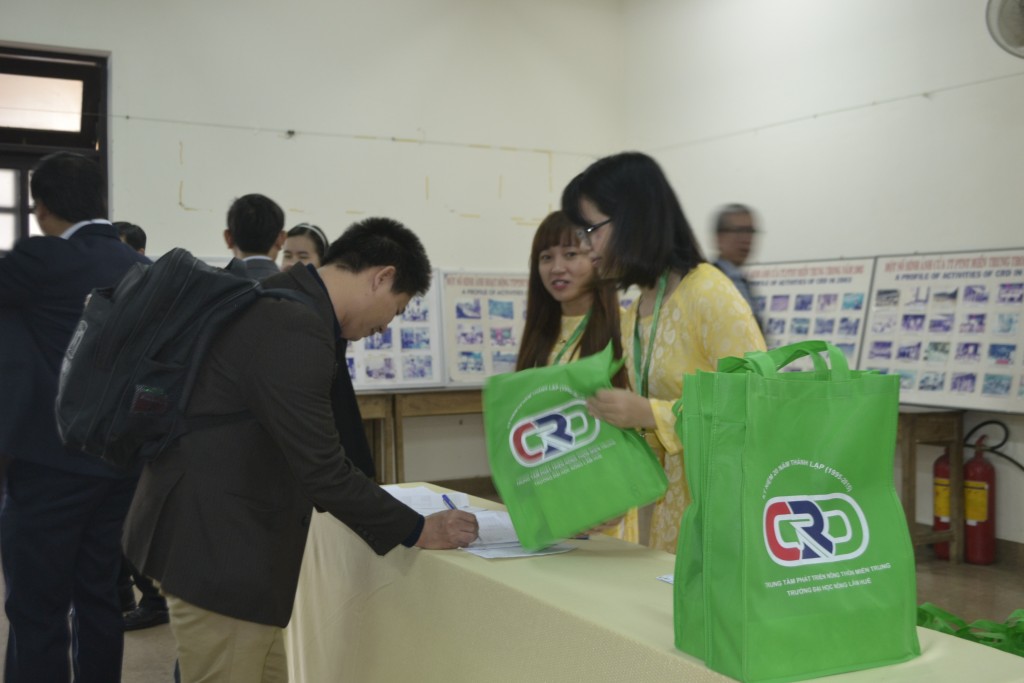 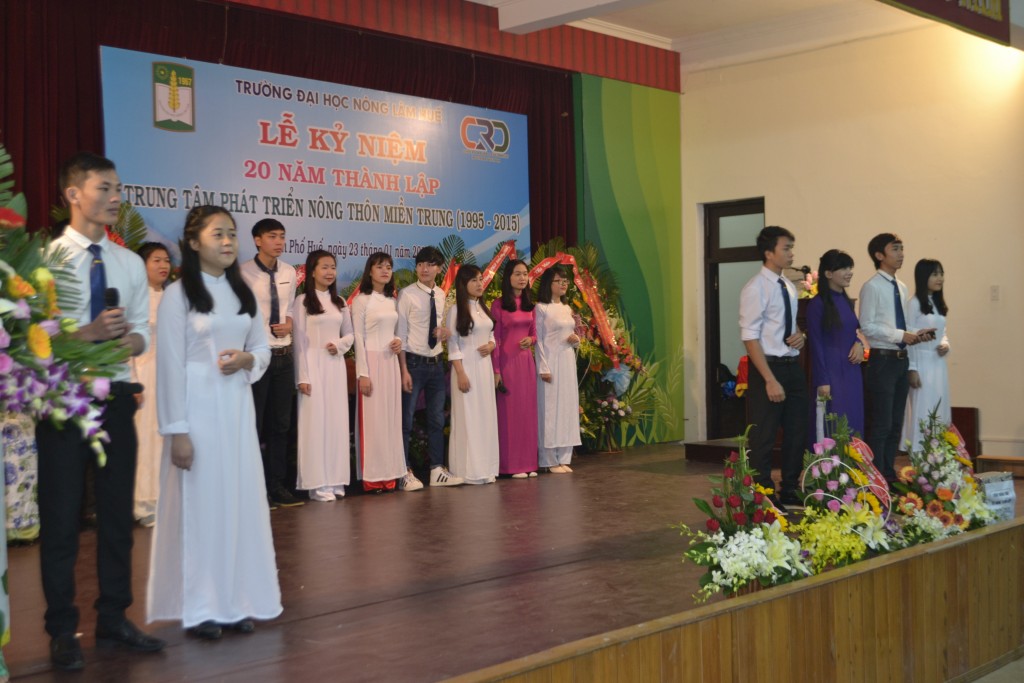 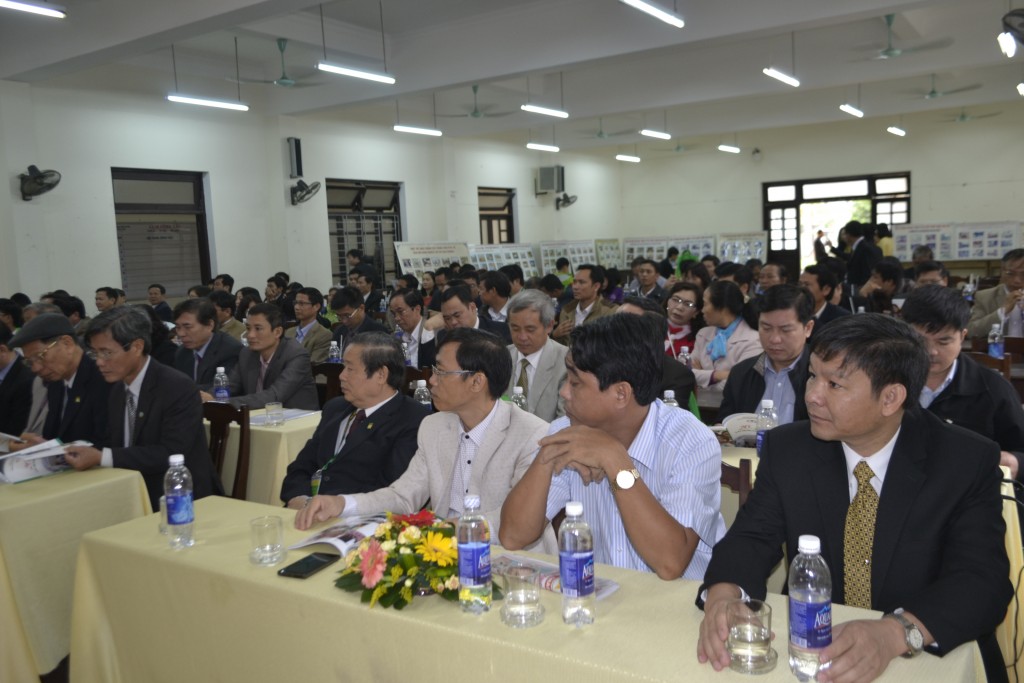 In his speech at the ceremony, Dr. Truong Quang Hoang, CRD Director, reported the activities the Centre has been implementing throughout the 20-year journey. He thereby summarized the development of the organization presented in 03 fields of development: organization, capacity and fields of activities, the contribution to Rural Development, Poverty Reduction and Hunger Eradication Programs in the Central region, and the contribution to the HUAF with a total number of 160 projects funded by 35 international and national organizations, implemented in 200 communes from Nghe An to Quang Ngai.

In order to develop as it is now, CRD has received valuable support from the partners and leaders of Hue University and HUAF from generation to generation, the effective cooperation of local authorities and people, as well as the enthusiastic involvement of HUAF lecturers and CRD staff over the last 20 years. On that basis, CRD has made outstanding contribution to both the University and the society. On this occasion, Assoc.Prof.Dr. Le Van An, Party Committee Secretary, the Rector of HUAF acknowledged the achievements of the Centre: “The Centre for Rural Development in Central Vietnam is the unit that has contributed significantly to the development of the University, especially in enhancing staff quality in both teaching and doing research.” 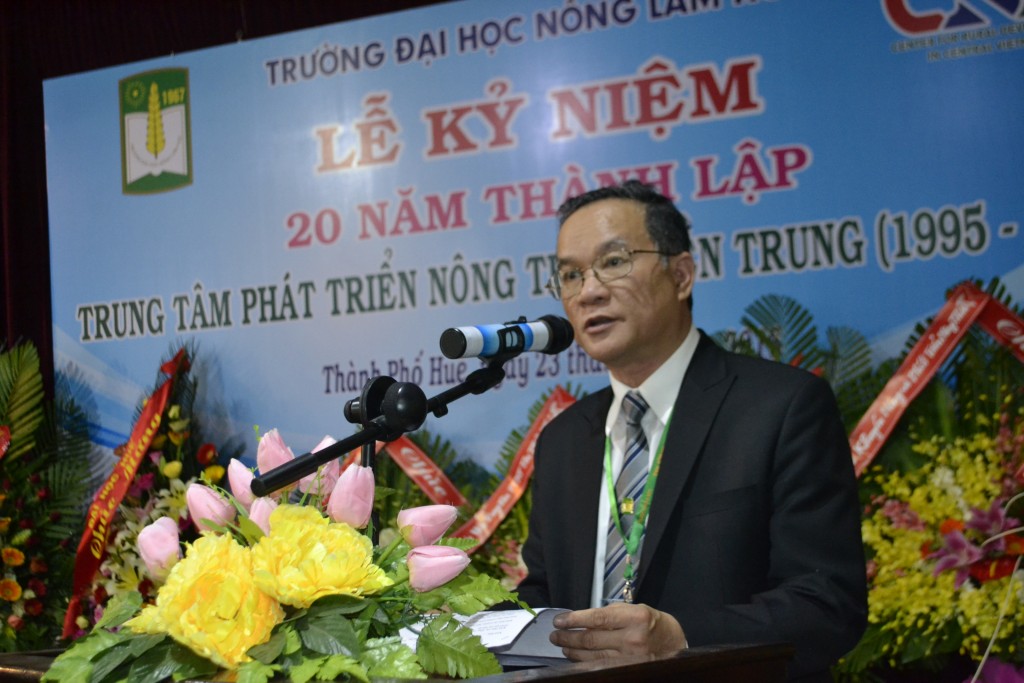 At the ceremony, Assoc.Prof.Dr. Hoang Manh Quan, former Director of the CRD, one of the founding members, emotionally stated: “It can be said that CRD has been increasingly and enormously developing over the last 20 years, significantly contributing to the HUAF and the society. As an officer working in the field of agriculture, I find nothing happier than helping the farmers with successful production and being highly evaluated by local authorities and people. I hope that the Centre will maintain and further promote the brand image that generations of staff have been creating over the last 20 years so as to better contribute to the University and the society. I hope that the leaders of Hue University as well as the HUAF will continue providing their valuable support and creating favorable conditions for the Centre to transfer more and more technologic and scientific advances to the people.” 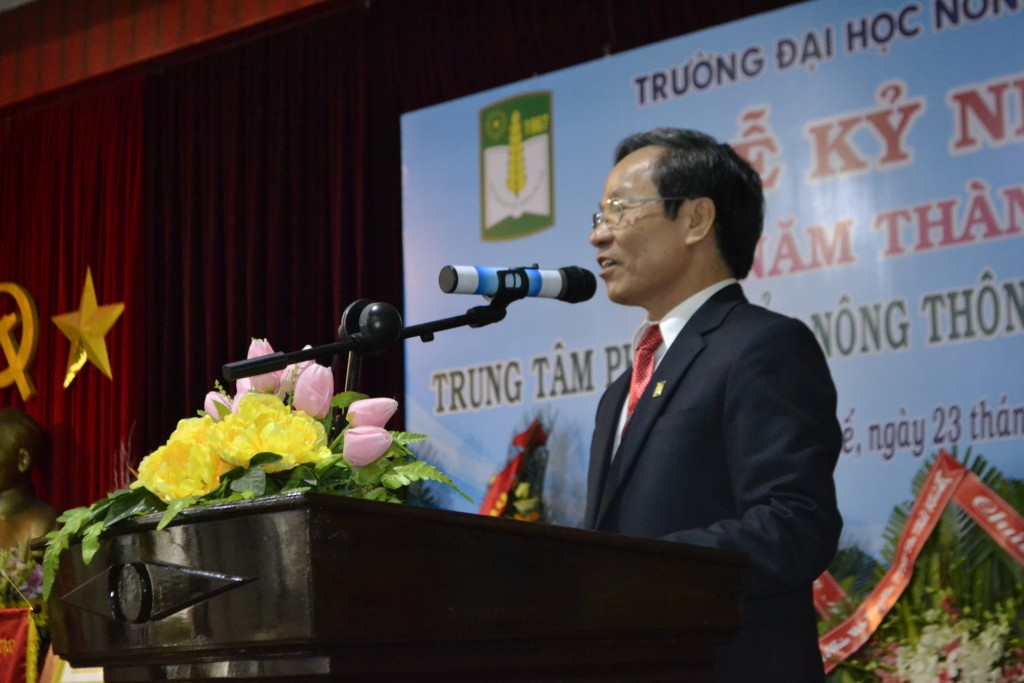 Various stories about how poor communes enriched themselves were told, countless unforgettable memories of field trips to remote areas were recalled, which made the ceremony more solemn and heart-warming. The fire of zeal, devotion and responsibility has been spread to the young generation of CRD staff today. 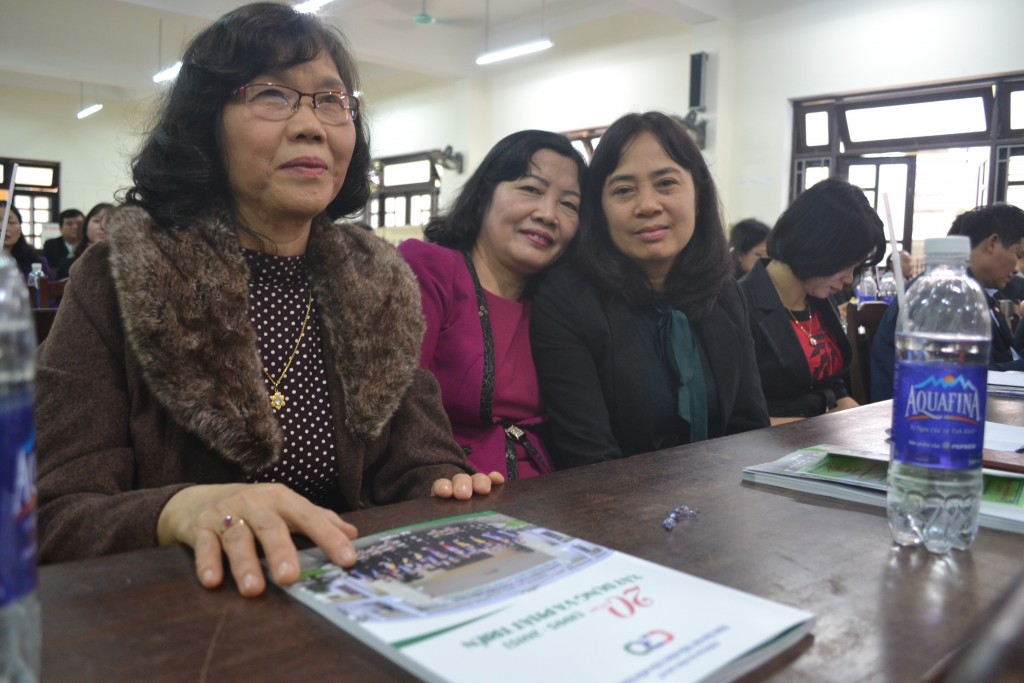 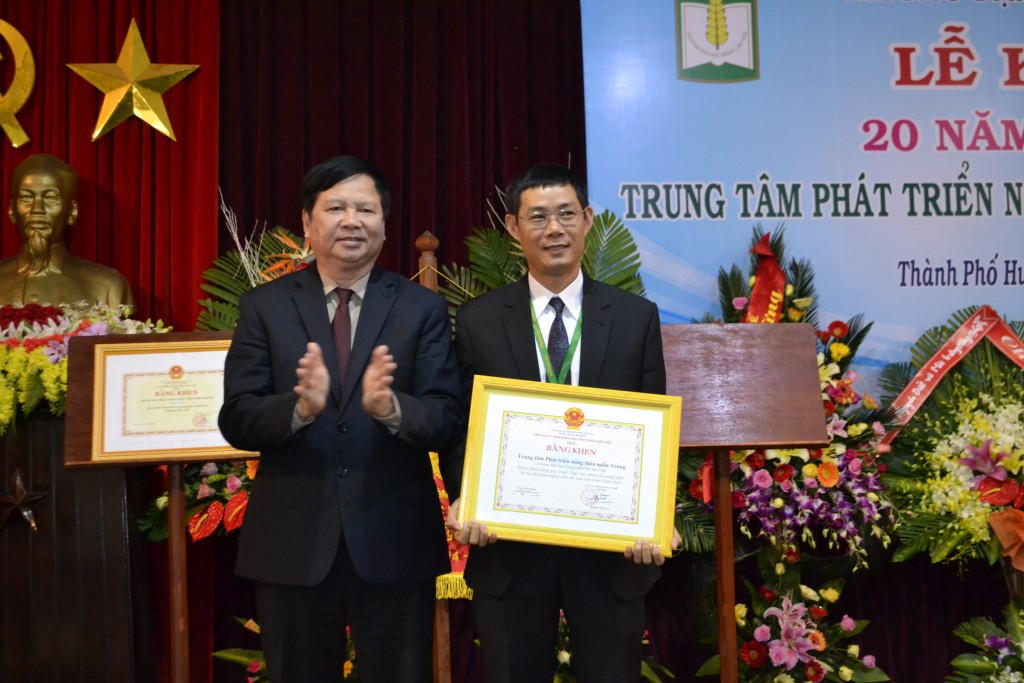 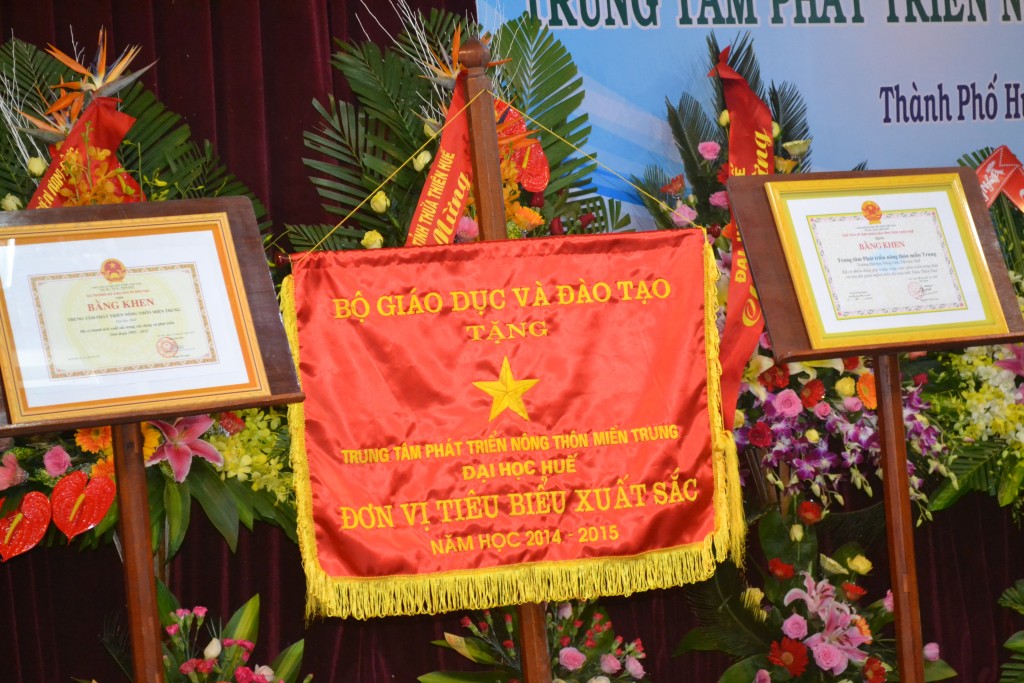 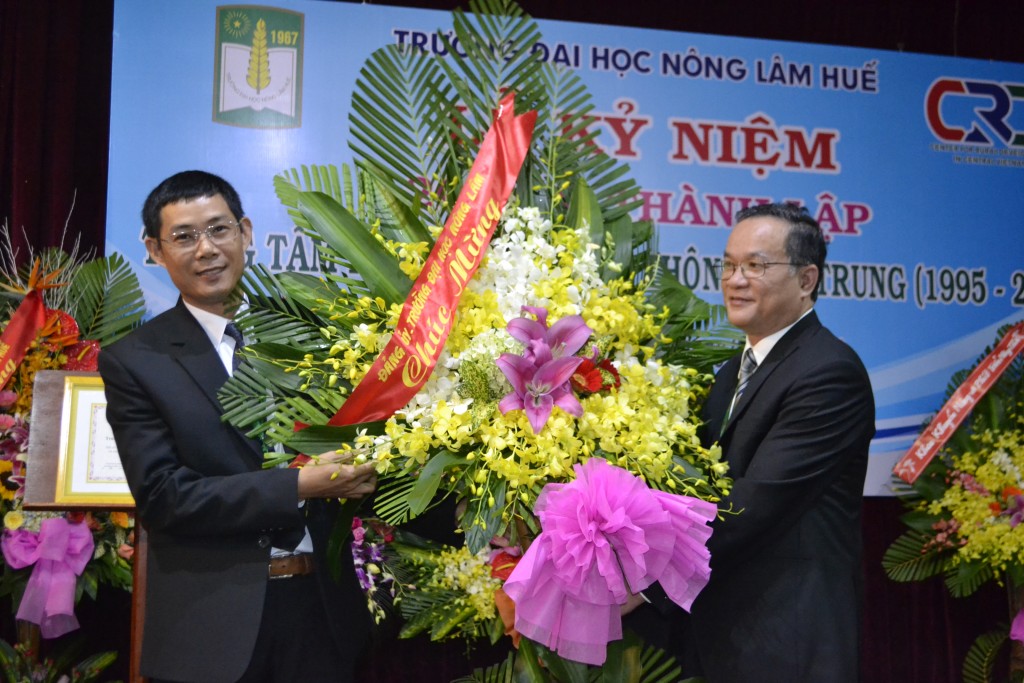 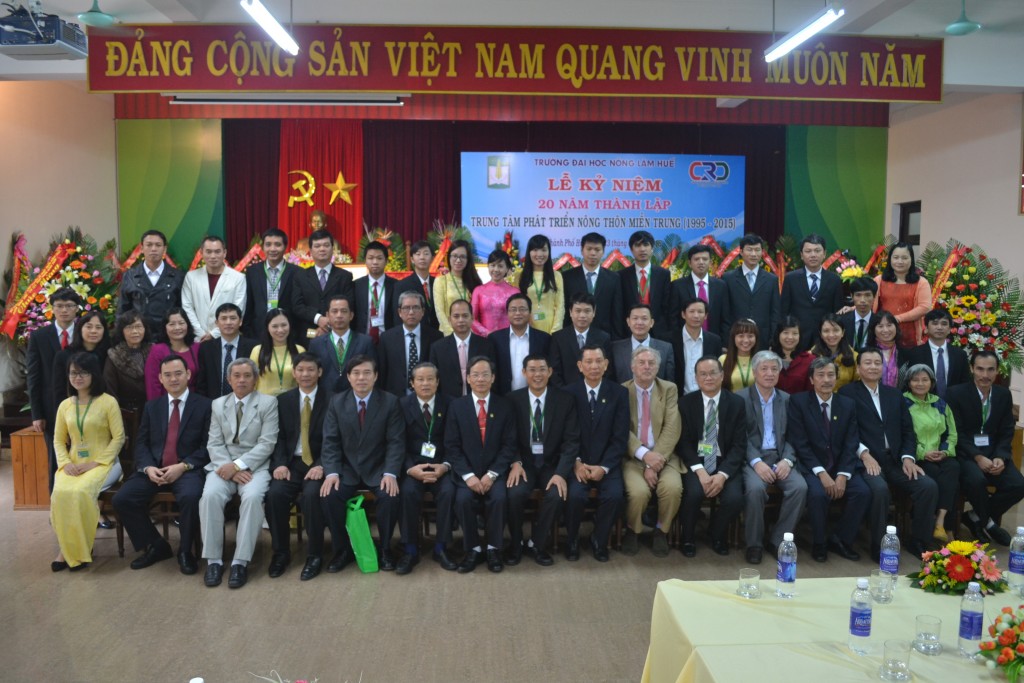